Each year our Regions recognize a veteran participant who has caught the PHWFF vision and made it their own.  We are pleased to announce that Shawn Coe has been recognized as the 2016 Participant of the Year in the Southwest Region.

In September of 2012, during his second tour to Afghanistan, SGT Shawn Coe was injured from a suicide bomber during a security patrol.  In September 2014 while still an inpatient at the VA Clinic in Martinez, still recovering from both physical and mental injuries, Shawn was introduced to Project Healing Waters and fly fishing.  As a kid growing up in rural Virginia with a love for fishing, fly fishing literally became the salve for healing and rehabilitation of war’s worst wounds.  To say he got “hooked” by the sport would be an understatement.  His eagerness to learn fly fishing – in its totality – has been a major motivating force for the whole program at Martinez.

His initial enthusiasm for becoming involved in fly fishing was infectious to other vets in the program.  He set very aggressive and challenging goals for himself, basically saying I am going to become not just a good fly fisherman, but an excellent fly fisherman.

By setting such a great example Shawn has been able to help our whole program become better as evidenced by:

Fly fishing had such an influence on Shawn that he intends to attend guide school this spring, and looks forward to the day when he can give back to the cause that got him there. 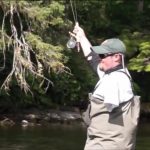 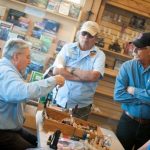