John McKenzie is a retired USAF Chief Master Sergeant (E-9) with almost 37 years combined military service in the Air Force and the New Mexico Air National Guard. John started as an Aircraft Electronics Technician and finished his career as the Superintendent of the Component Repair Maintenance Squadron. He had numerous deployments in his long career. Bosnian in 1988, Balad/Camp Anaconda, Iraq in 2004 and 2007 and Hurricane Katrina in 2005 to name a few.

Born in Bayonne, New Jersey, he grew up in New Mexico and calls it home. While in the NM Air National Guard, John earned a Bachelor’s degree and a Master’s degree in Economics from
the University of New Mexico. He has been married for 45years and has 3 grown children and 7 grandchildren.

John has always believed in serving his community. He coached his children in soccer and basketball, the founder/ president of the local Habitat for Humanity, and now part of Project Healing Waters Fly Fishing (PHWFF). He credits and is thankful for PHWFF for helping him cope with his combat injuries. 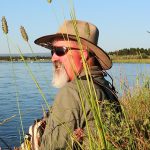 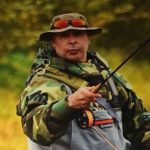