“Poem: I Know You” – Dispatches from Atz

Dispatches from Atz’ is an on-going series chronicling the writings of Atz Kilcher during his time at Freedom Ranch for Heroes with the veterans of Project Healing Waters.

I wrote this poem for the first group of veterans and inserted their names. For the next group, I inserted new names. My first reaction was that I was cheating, that I was giving the second group leftovers. Sort of like using the melody of another song to go with my new lyrics. I feared that the second group might feel that I could not come up with something original for them. Alas, the inner workings of a creative artistic people pleasing brain. So I thought about it a while, and here’s what I came up with. There’s not a damn thing wrong with it! I could remove the names and just make it a generic poem and read it to every group. But for now I’m going to stick in the names of those veterans I just spent time with.

Hell, how well d’you ever know anybody.

We know a lot of people, but what do we really know about em?

About the really important stuff!

The glue that holds them together.

The splints and the stints.

The bypasses and the surgeries.

The beliefs and convictions and prayers and faith that keep them going.

The times they were broken.

was never an option.

You might’ve been at the edge

But you came back

You might’ve rolled the cylinder

I know your tribe.

I know your Relatives.

I know What you’ve been through.

I know how you got here.

I know what you’re doing to keep your head above water. I know if we called each other in the middle of the night In a time of need

I know you. Fred and John and John

I know you Jack and Tom

I know you Jeff and Ken and Lonnie.

And when anyone asks

How well do I know you?

And it’s an honor! 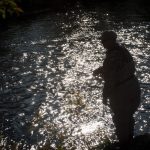 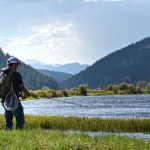